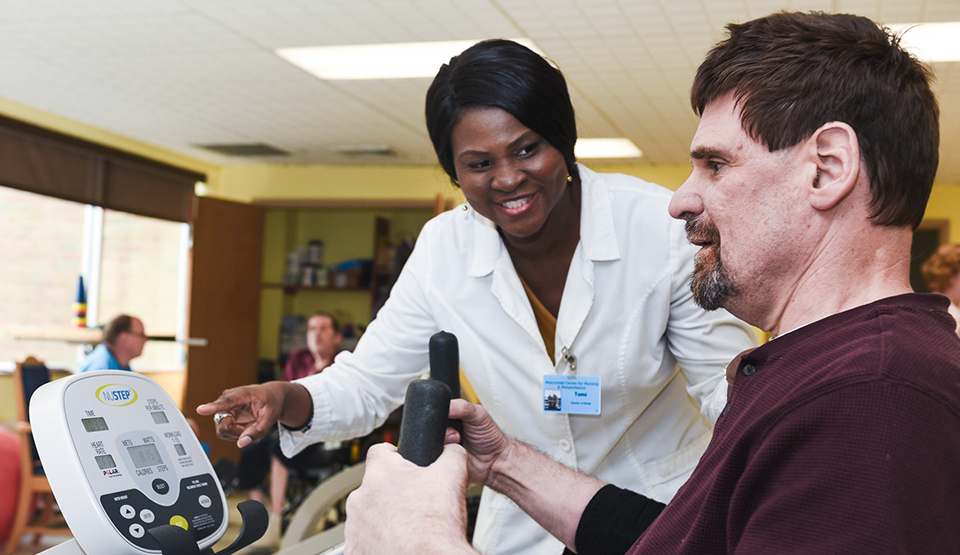 Mr. Pierce is a 74-year-old male who was admitted to The Hamlet Center at Nesconset after 18 days at Stony Brook University Hospital where he was a patient from April 7th through the 25th. Upon admission, Daniel was dehydrated and malnourished. He was diagnosed with Achalasia, Acute Respiratory Failure, Fall Risk, Syncope, and admitted on April 25, 2018 for physical therapy.

Prior to Daniel’s admission, he underwent surgery on his esophagus where they cut the muscle from the top of his throat to his stomach in an effort to prevent him from choking. Prior to that time, he could barely eat or drink without choking. From April 25th through the 27th, the patient was simply on clear liquids. He was then upgraded to a pureed diet until June 7th. At that time, he was placed on a regular diet and continues to do well!

He was physically weak and needed to build his strength, so he attended physical therapy sessions daily six times a week for four weeks from April 26th to June 22nd!

Overall, Mr. Pierce has worked extremely hard during his time here at The Hamlet, and his positive attitude and desire to help his unit mates is genuine. He continues to progress well and will have follow-up appointment with his physicians in the community to monitor his program and healing. Daniel has an artistic side, and enjoys working with markers and building beautiful paintings. He has also shown a special talent aside from the art of painting and drawing, by sharing his incredibly talented voice during Family Karaoke night.

Daniel became a part of The Hamlet family.When he will be discharged, Daniel will definitely be missed by the team here and the friends he made during his healing journey with us.